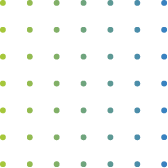 As Featured on NH Public Radio

Dana Lariviere, Chameleon Group president and CEO says the program is all about giving people a second chance. “Our mistakes should not define us,” he says. Chameleon Group has hired over two dozen people in drug and alcohol recovery into the program since the inception of the program this year.

Listen to the radio interview.

To qualify for the program, workers must be 60 days sober/drug-free, and in compliance with all state probationary conditions. Equally important, people with a violent past are not eligible. Program participants disqualify themselves from the program if they show up for work while “using”.

Most importantly, Lariviere says these new hires receive the same rigorous training and support other Chameleon employees do, and are making valuable contributions to the company, which helps businesses around the globe increase their sales.

Advocates say that employers play an important part in solving the NH’s drug crisis. According to NH Public Radio’s November 15 news story, there’s a movement in the state to hire more people in recovery, and Governor Chris Sununu has taken measures to encourage businesses to get on board.

“We know that simply hiring people isn’t enough–but it’s a step in the right direction,” Lariviere says, noting that a lot needs to be done to remove the stigma around drug addiction.

“The past is the past. This is about looking forward. If you’re willing to work, we’re happy to have you,” he adds.

Take the case of our client, Sonexis. “At first we were skeptical that any firm could ramp up as quickly as they claimed they could, but those reservations were quickly put to rest. After only one month working with Chameleon, our sales pipeline activity spiked.”

To put it another way, our team quickly assembles specialized sales teams and customized programs. Companies around the globe who partner with us minimize risks and realize success.

At Chameleon Group, we pride ourselves on dynamically adapting our leading sales and business development services to your environment in an a la carte fashion to provide customized solutions. We have the experience to identify the key opportunities to build your sales funnel, create opportunities and manage your CRM ongoing.

Whether you’re a new start-up company or an established global corporation, we have a proven business development track record for quickly assembling specialized sales teams and customized programs to help you to minimize risks and guarantee success.

How did your Dad influence your work and home life? #happyfathersday https://www.impactbnd.com/blog/what-i-learned-from-my-dad-about-sales-marketing-and-life